WIRES CEO Leanne Taylor, has issued a request on behalf NSW’s native wildlife for the public to ‘keep their cool’ when they encounter swooping birds or snakes this spring.

Snakes are far more prevalent during the spring and summer months, especially as they come out of winter hibernation. According to Taylor they are generally placid creatures and if left alone will invariably disappear of their own accord.

“Snakes are very common in spring and summer and regularly spotted in suburban backyards,” said Taylor. “We strongly advise to never approach one as most people are bitten either trying to catch or get rid of a snake. Keeping your lawn trimmed and your yard free of debris is the best way to keep them from lingering on your property.”

In the unlikely event you find a snake in the house, WIRES recommends that people and pets are moved into other rooms, and if safe to do so, isolate the snake by closing the doors to the room and placing towels at the base of the doors before calling WIRES for help.

Another common public issue during springtime is swooping birds including magpies, currawongs, noisy miners and plovers, which can become overly protective of their nests.

“Swooping on passers-by is completely natural behaviour for many native bird species as a protection against anything they see as a threat to their young,” said Taylor.

“They are simply doing what any parent would do to protect their offspring from danger and we urge the public to understand that this seemingly aggressive behaviour only lasts until the chicks have flown the nest.”

WIRES advises people to avoid known nesting areas wherever possible. If there are no alternative routes, the simplest and most effective protection is to wear a broad-brimmed hat and sunglasses, especially for children, as the hat will deter a swooping bird and deflect an accidental strike. Umbrellas can also provide a useful barrier.

Should you find yourself confronted by a swooping bird or a snake or if you find an injured, orphaned or displaced native animal please call WIRES immediately on 1300 094 737. Please note that native Australian birds and snakes are protected under the National Parks and Wildlife Act 1974 and it is illegal to harm them in any way.

WIRES relies almost entirely on donations to continue its work rescuing, caring for and releasing native Australian wildlife. Tax deductible donations (over $2) can be made at wires.org.au or on (02) 8977 3396. 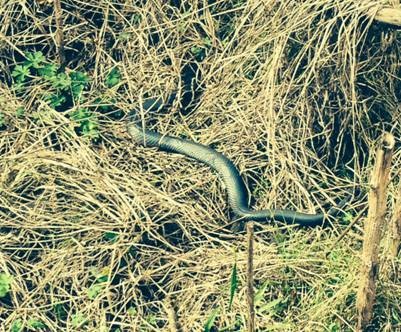 As a member of the Pet Industry Association you can help shape the future of our industry.